Finally, you’re getting farther and farther along in your mileage and the longer runs are starting to feel a little better. You’re starting to break into your stride earlier into your runs and though the terrain may have been challenging, you finish the run and hardly remember suffering on the hills. The big race is still a few months out but your weekly training volume is on track to put you into a very advantageous position come race day. Then, on a particularly challenging volume week, you notice a slight pulling sensation in the outside of your knee towards the end of your long run. You shrug it off thinking it’s just a mild tweak, but then during the next week the sensation is still there but is present even on the shorter runs and during your next long run it becomes full-on painful. Then it hits you…

Iliotibial band friction syndrome (ITBFS) to a training plan is like the Joker to Batman, the Night King to John Snow, Starbucks to every hipster coffee snob (guilty…). It takes the wind out of your sails and robs you of valuable training time when gearing up for a big race. Let’s delve into this condition to figure out exactly what to do in the event this arises.

What is Iliotibial Band Syndrome?

Iliotibial Band Friction Syndrom (ITBFS) occurs as a result of the long rigid connective tissue band repeatedly rubbing over the lateral femoral condyle during the load-bearing phase of the gait. The IT band originates at the hip and is the tendinous portion of the Gluteus maximus and Tensor fascia latae muscles. It courses down the entire lateral thigh and inserts on the superior portion of the anterolateral tibia (the outside of the shin bone). Pain is most commonly felt directly over top of the lateral femoral condyle (the big bump on the outside of the knee) and comes on when the knee is being loaded.

During a single leg stance in running the hip muscles stabilize the lower leg which forces the IT band to be drawn tight and compress against the lateral knee and the tissues between it and the bone. The tendon repeatedly compressing and rubbing against the side of the knee during a run, especially a long or challenging run, will cause this area to become inflamed.

What Causes IT Band Pain

There are a few things that may cause IT band pain such as the continuous compression and rubbing of the tissues in your leg. Due to muscle strains, the hip is unable to keep the knee from tracking over the toes during a run will cause the knee to “dive-in”, or during the stance phase start to track to the inside of the foot. This knee position is called “valgus” and lengthens the IT band, even more, thus magnifying its compressive quality. 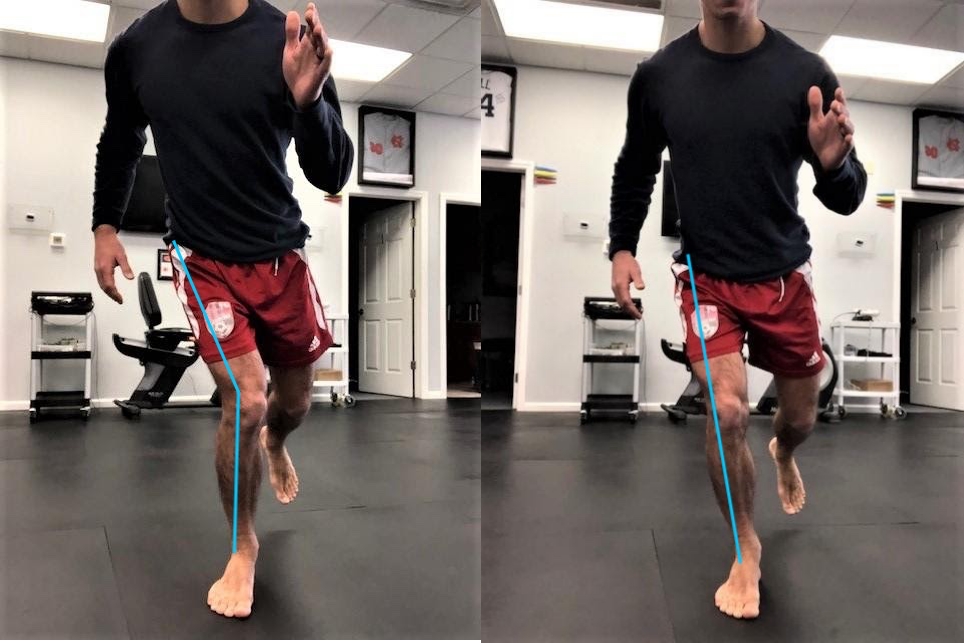 The knee may also “dive-in” if the arch of the foot collapses. When this happens, the foot and ankle will over-pronate thus internally rotating the tibia and throwing the knee into the same valgus position as aforementioned. I talked about this phenomenon in this previous article. 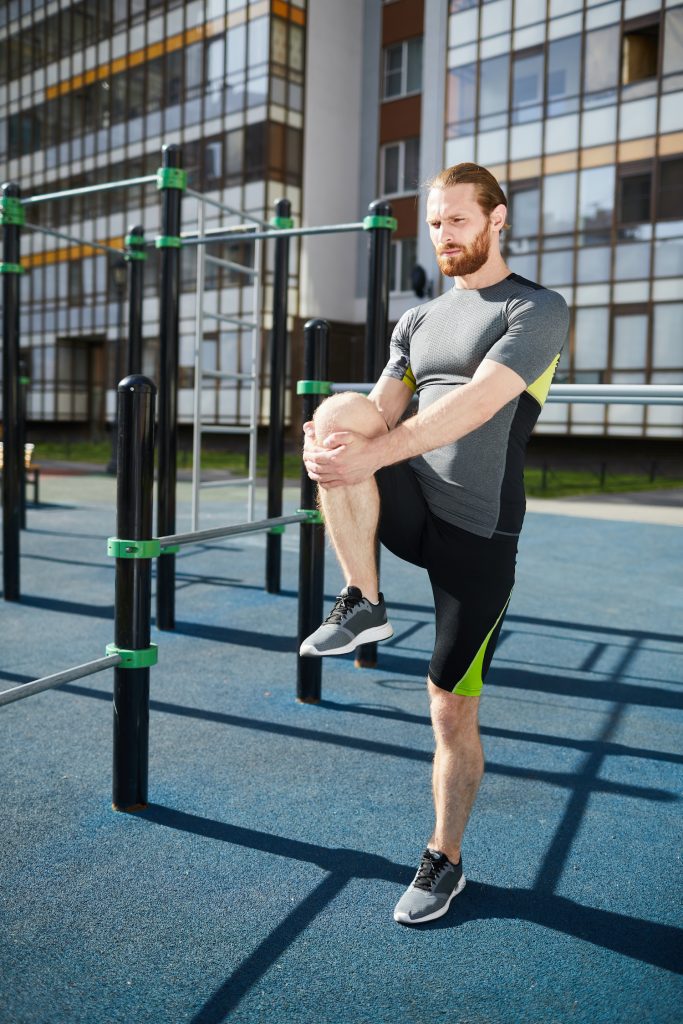 Since ITBFS is directly related to training volume, unfortunately, the first step in treating IT band syndrome does involve dropping your workout volume considerably. As a provider that strives to keep athletes continuing to perform this is really tough to do. The second thing is to circle a date on the calendar 2 months from the current date. By this date, considerable progress should have been made if not complete resolution of the condition. This is by far the hardest part of getting better but is pivotal in the quest for full resolution of knee pain.

Now, just because we have dropped the training volume doesn’t mean that you don’t train. In fact, at this point, you train harder than ever, just differently. We first have to assess the athlete’s gait and foot to determine if weakness in the hip is causing the pain, dysfunction of the foot, or both. If the problem is with the foot there are a handful of go-to treatment options that is great at regaining function of the foot and ankle. I go into detail on some of these exercises in the article that I mentioned earlier. If the weakness of the hip is causing the knee to drop valgus then hip strength absolutely must be addressed.

The knee is a “responder” meaning that it merely reacts to the forces put on it by the hip and by the foot. Therefore, assessing alignment and function through the entire lower kinetic chain is pivotal in Iliotibial treatment. If the pelvis is fixated in any way, the gait will be altered. The same goes for the foot and ankle.

lastly, at the level of the knee, the tibia may be stuck in internal or external rotation and the fibular head may not be moving as it needs to. This is especially important as fascia from the IT band connects directly to the fibular head and lack of movement here will draw the distal IT band attachment even tighter. IT band chiropractors and Physical Therapists are uniquely trained to restore the function of these areas therefore, having the entire lower extremity assessed should be the starting point in dealing with ITBFS.

Why You Should See us at Knoxville Spine & Sports

As depressing as it to deal with a set back such as ITBFS, it really can wind up being a blessing. Injuries, especially this one, highlight your biomechanical flaws. If you have faulty biomechanics when running, something bad is guaranteed to happen at some point during your running career.

The nature of the rehab for this condition forces you to become stronger and more stable than you ever were before the injury happened. In short, IT band syndrome is complex and therefore you must find care from a professional that addresses the root cause of your pain. Call Today to schedule an appointment with our IT band doctor at (865) 337-5574