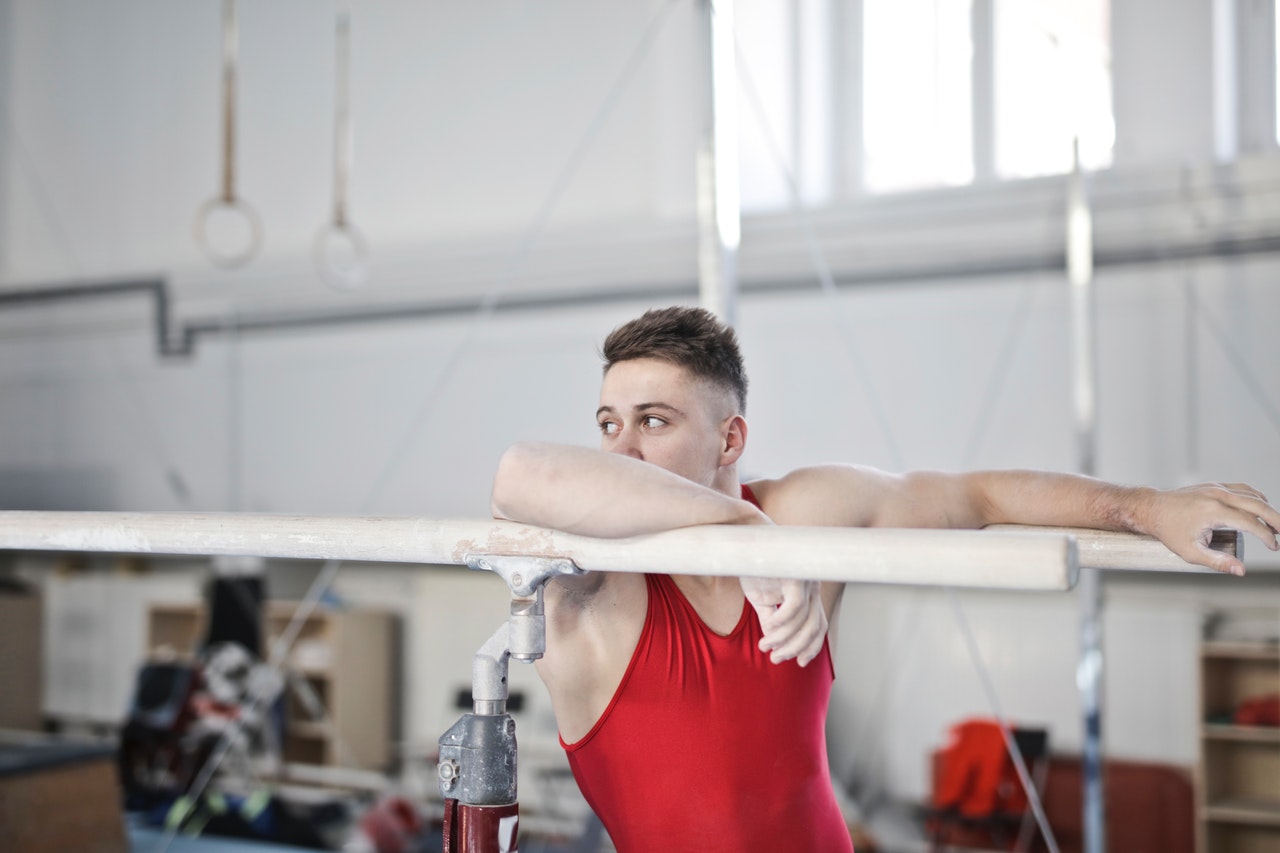 With an active, healthy lifestyle, there comes risk of injury with basically any sport or exercise activity. If we use and overuse our bodies, there is always a risk of injury. However, we believe injury and sickness associated with a sedentary lifestyle are far greater than those of an active lifestyle! For that very reason, we want to share some advice about how to be proactively safe and prevent sports injuries with your active lifestyle and sports activities.

Based on some of the common faults and tendencies, we created a program which included a variety of stretches and strengthening exercises specific to their needs. While there was still improvement to be made on many levels, we saw noticeable improvements in all of the athletes by the end of the summer.

In this blog we will briefly touch on the initial issues we encountered, the program we used to address those issues, and finally the progress we saw. All of the stretches and strengthening exercises we used with the athletes are scalable and applicable to all gymnasts.

Upon initial evaluation, we completed a Functional Movement Screen and additional postural assessments on each gymnast. The FMS provides a snapshot of strengths and weaknesses in relation to probability of injury. Any score lower than 67% on the FMS lists an athlete as high risk. Approximately 50% of our athletes initially scored in that range, putting them at high risk for injury.

We noted a few common deficiencies that needed to be addressed, but narrowed it down in an effort to make a difference in a short amount of time. The gymnasts tended to have an overdeveloped upper body and chest and an overall weakness in lower body relative to the strength of their upper body. Overdeveloped upper body and chest led to negative changes in posture, abnormal scapular position, as well as shoulder mobility restrictions. Such lack of mobility in shoulder joints can lead to more pain and frequent sprains of ligaments related to the shoulder.

Ballistic (quick, impactful) movements worsen these injuries. If a shoulder is relatively immobile and stabilizer muscles are weak, the athlete will be more prone to injury in movements which are highly demanding on the shoulders, such as on rings, pommel, vault, and high bar. 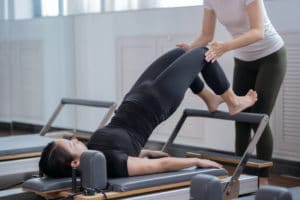 Compared to their upper body strength, the gymnasts had a tendency to be underdeveloped in their lower body. Most of the gymnasts presented with tightness in hip flexors, quads, and calves and weakness in hamstrings and glutes (this would be related specifically to the focus of their landings and tightness of positioning).

Ballistic movements increase the risk for injury when such imbalance and weakness is present. For example, due to tight hip flexors, proximal hip weakness, and untrained muscles, there was a general tendency for internal hip rotation to occur when sticking a landing. Such a landing puts extra stress on those joints and ligaments, increasing the risk for injury. Calf tightness will directly affect the athlete’s stride into a tumbling pass as well as their “punch” to the ground before setting.

Stretches and Strengthening Exercises for Gymnasts

After detecting common weaknesses and imbalances, we chose to focus on the following general goals with the gymnasts:

Over the course of the two months we created a program for the gymnasts which included a variety of stretching movements, strengthening exercises, and therapies for myofascial release. These are some of the various protocols we used with the athletes and are certainly ones we  would suggest for any gymnast trying to successfully prevent injury:

STRETCHES: (can be easily performed at home with minimal equipment)

STRENGTHENING EXERCISES: (can be easily performed at home with minimal equipment)

Snow angels - on floor and against the wall

position to a more safe position

THERAPIES: (not recommended to do on your own at home, but can easily be performed by a professional or under supervision of a professional. They are listed because they were a part of the overall program we used with our gymnasts.) Chiropractic adjustments were also performed as needed.

At the end of the two-month program with the gymnasts, many of the athletes had notable changes. In specific, with the Functional Movement Screen, we went from 50% scoring at a high risk injury rate to less than 15% scoring in that category. On average, athletes saw 20% improvement in testing on their left side and 25% improvement on their right side. In specific, we noted the following tangible changes:

The key component to injury prevention is being proactive with strengthening weaker muscles and stretching tight ones. Training to increase proprioception and the somatosensory systems is also of extreme importance. If athletes, regardless of the sport, only train certain muscle groups, they are setting themselves up for injury.

A gymnast who consistently stretches tight muscles will be less likely to injury those tight muscles. The same gymnast who consistently trains accessory work (as mentioned in this article) to strengthen weaker muscles, will be less likely to injure those muscles. Nearly all of our athletes moved out of the high risk category in only 2 months of specified stretches and therapeutic exercises.

Be proactive and stay ahead of injury!

If you’ve experienced a gymnastics injury in Knoxville, please contact our office to schedule an appointment. We’d be happy to tell you more about our treatment options and get you back to optimal health.